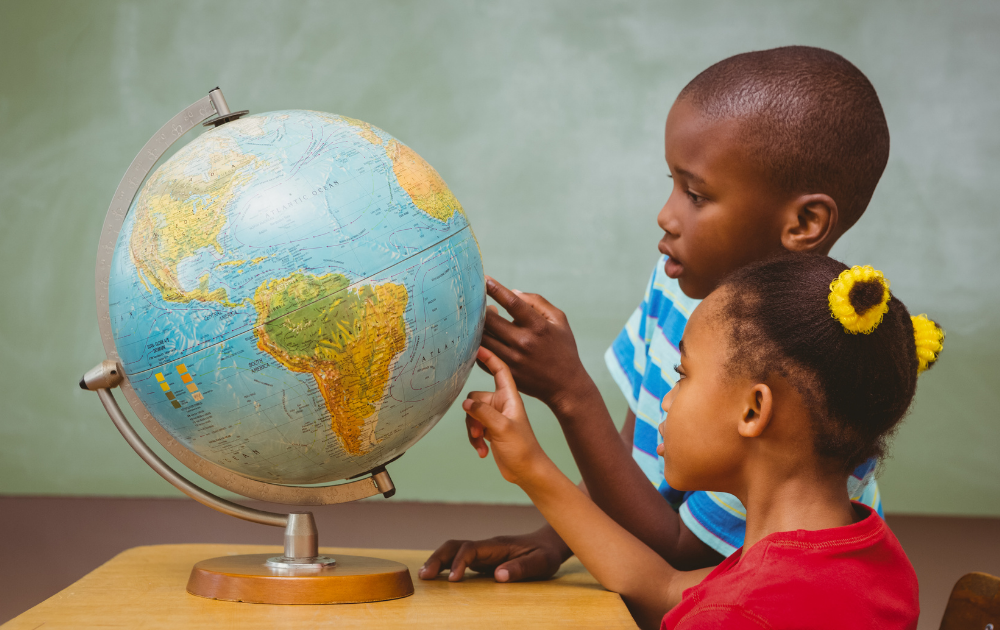 08 Oct Teach Your Child About Diversity: Food, Festivals & Traditions Open The World To Little Ones

America is a country of many cultures, many religions, many customs, and many lifestyles. Teaching children how others practice their faith, and their annual holidays and festivals that are different than the ones recognized at home, is key to ensuring they grow up with respect for, and acknowledgment of, cultural and religious diversity, which is a cornerstone of American life. Sometimes, parents struggle to think of ways to introduce their children to diversity and give them the message that we are all, on a human and fundamental level, the same, irrespective of our cultural and religious traditions.

We have some suggestions about how you can make sure your child learns about different cultures.  Teaching them the value of diversity gives your little one valuable lessons they will carry forever.

Let’s say, for example, your family goes to Mass every Sunday and your child knows the Catechism well. Then they make a new best friend at school who is Muslim or Jewish, and suddenly you realize you haven’t taught them about those cultures and important holidays. There is no better way to introduce children to those topics than through books written by authors who know the subjects well. A quick perusal of Amazon reveals scads of books intended for this very purpose, like “But…Who Is Allah?” by Muslim author Bachar Karroum, or “Chicken Soup, Chicken Soup,” a picture book by Pamela Mayer and Deborah Melman.

If your child is enrolled in a civics class, for example, they may have an opportunity to write a paper on the role of diversity in American life. Help them find reliable sources and read works together, so you can demonstrate your willingness to learn, too.

3. Don’t be afraid of “tough stuff,” within reason.

Of course you have to make this age appropriate, but if your child has questions about (for example) the Holocaust, don’t shy away from giving them honest answers. If they are old enough, suggest reading “The Diary Of Anne Frank” as a way for them to glimpse the struggles Jewish people faced in the 1930s in Germany, and during the Second World War. The same principle applies to issues of race in the United States; if your child has questions, tell them the truth and give them written accounts on racial issues by people like Dr. Martin Luther King, Jr., and former president Barack Obama.

4. Welcome their friends and open your home to their traditions.

If your child has a friend who is Muslim, for example, ask questions about Ramadan and Eid al-Fitr, and whether you can respectfully celebrate with them in some small way, perhaps by serving a particular food if they stop by.  While folks often imagine that questions about other people’s customs and traditions are not welcome, in fact studies show the opposite is true. Most people appreciate it when people ask them about the dates that are meaningful to them and their community. As long as the conversation is conducted with genuine respect and a desire to learn, people – no matter what demographic they represent – enjoy talking openly with others of different cultures and faiths.

5. Watch informative programming about other cultures.

There are plenty of news programs and documentaries available on mainstream channels and streaming services alike that teach children about diversity.  Make shows like these a part of the family’s regular television lineup, rather than simply watching them when a “teachable moment” presents itself. The more frequently your child is exposed to cultures other than their own, the more comfortable they become with customs that were once unfamiliar. Even long running shows like “Sesame Street,” on PBS, have made a conscious effort to reflect diversity in America, with an expanded roster of characters that includes virtually every demographic in the country today.

6. Show your support, don’t just talk about it.

Last summer, the country was embroiled in some of the largest civil rights protests held since the 1960s. While you may not want to take your child with you to a protest even though it’s peaceful, it’s important you explain what the action is for, and why you support it. Children understand more than we sometimes give them credit for, and telling them how vital it is that people are treated equally is not enough. Show them that belief by marching, making donations, and talking about social justice in a positive way. Children learn by example more than words!

One of this country’s finest qualities is its respect for all cultures, religions, traditions and customs. Sometimes, however, it is too easy to become a little lazy, and retreat to the safe bubble of home and one’s own, familiar community.

Teaching children to embrace diversity is part of a parent’s job; in fact, it is a duty all adults have to coming generations. Getting along with others is a large part of building a strong future, and that accord can only be secured only with respect for, and understanding of, how all people and cultures function. It is not enough for our children to meet their neighbors — they must get to know them, too. And that’s where you, their parents, come in!