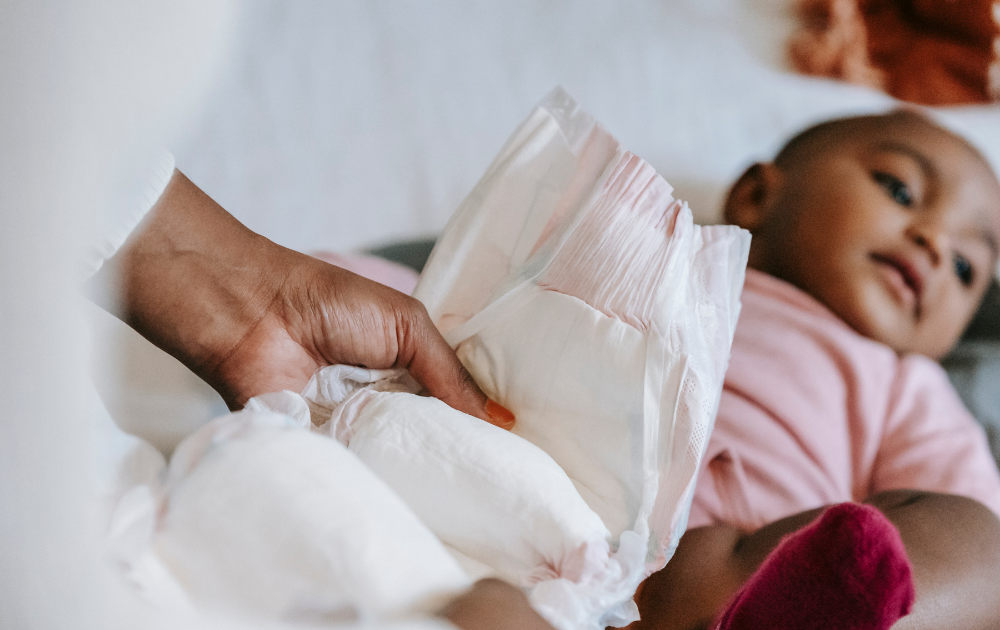 19 Dec Cloth Diapers vs Disposable Diapers: Which Diapers Should You Choose?

Whether you should choose cloth diapers for your new baby or opt for disposable diapers has been a quandary for parents ever since Johnson & Johnson widely marketed the first disposable diapers in 1948. Today, we are inundated with horror stories about the masses of disposable diapers accumulating in landfills and floating in oceans around the globe, and many people think that cloth, simply because it lasts longer, is the better environmental choice.

But are cloth diapers truly better for the planet? And just as importantly, are they better for your baby? Like so many issues that confront parents today, the answer is not as simple, or as straightforward, as it may seem on the surface.

In this post, we examine the pros and cons of disposable and cloth diapers, and offer some points for consideration you may not have been aware of when trying to decide which route to take. Ultimately, the choice is yours, and you must decide this based on a variety of factors, including economics, ease of use, your baby’s comfort, and yes, your concern for the environment.

Cloth diapers require a bigger financial outlay initially, because you have to keep plenty on hand to get through the days before the next load of laundry is done. However, over time, because they are washed and reused, that initial investment is tempered. Disposable diapers have to be purchased weekly or more, depending on how often your baby needs changing and how stocked up you prefer to be.  That’s an ongoing expense until your baby is potty trained.

2. Which choice causes less harm to the environment?

Unfortunately, even the American Pediatric Association (APA) is unsure on this point, because many factors come into play. Yes, synthetic disposable diapers are bad for the planet, no one disputes that. However, cloth diapers are made of cotton, which consumes considerably more water to produce. And of course, land must be used to grow the cotton crops, which may mean razing fields and forests to plant the crops.

Cloth diapers have to be washed, so if you choose them, you’ll be doing a lot of extra loads of laundry each week, thereby using more water, which is an added strain on the environment. Even if you pay for a diaper service, which is an extra financial cost, the diapers still have to be laundered.

4. Cloth diapers can be messier and more odorous.

Some cloth diapers allow for a lining to alleviate these problems to some extent. However, those liners then go into the trash, which then goes to landfills, which may in part defeat your goal of reducing your environmental footprint. Disposable diapers may leak less, control odor better, and usually fit a little more snugly.

5. Babies may move out of cloth diapers sooner.

Studies show that, because cloth diapers aren’t quite as comfortable for a baby, some take to potty training earlier. Disposable diapers fit well and leak less (usually) and therefore some babies aren’t as motivated to get into underpants. Again, this depends entirely on your baby and how comfortable they are in their diaper. And it depends on you, of course; are you hoping to potty train as early as possible? If so, cloth diapers may help you achieve that goal.

6. Perhaps using both is a good compromise.

7. Disposable diapers have proven to be more absorbent.

Because of this, your baby may need fewer changes throughout the day, and that may work best for your schedule. But the simple reality is that disposable diapers do not break down once they are in landfills, and that is a problem yet to be solved even by the greatest minds in science, product manufacturing and waste management.

8. Disposable diapers are made with chemicals in the production process.

Some studies show no indication that these chemicals are harmful to babies. However, they do eventually get into the land once disposed of, and that is an extra burden on the environment.

The APA acknowledges that the jury is still out on a definitive answer to the disposable versus cloth diaper debate. That means that, in the end, the question can only be answered by you, the parents, and your conclusion will be reached in large measure by your circumstances. Do you have the time to wash and dry cloth diapers? Do you worry that, on average, a baby’s needs account for approximately 2,500 disposable diapers going into landfills during the first year of life? Is that a number your conscience wrestles with, since children will inherit the planet and its environmental problems? Or does striking a balance and using cloth and disposable diapers seem like a reasonable approach?

Since there are no hard and fast conclusions yet, you must decide the diaper issue by weighing your baby’s needs, your own concerns for the environment, and any financial realities you’re dealing with. Like many major issues of parenthood, this one is best reached by gathering all the research you can, and addressing it with a balanced and informed approach.