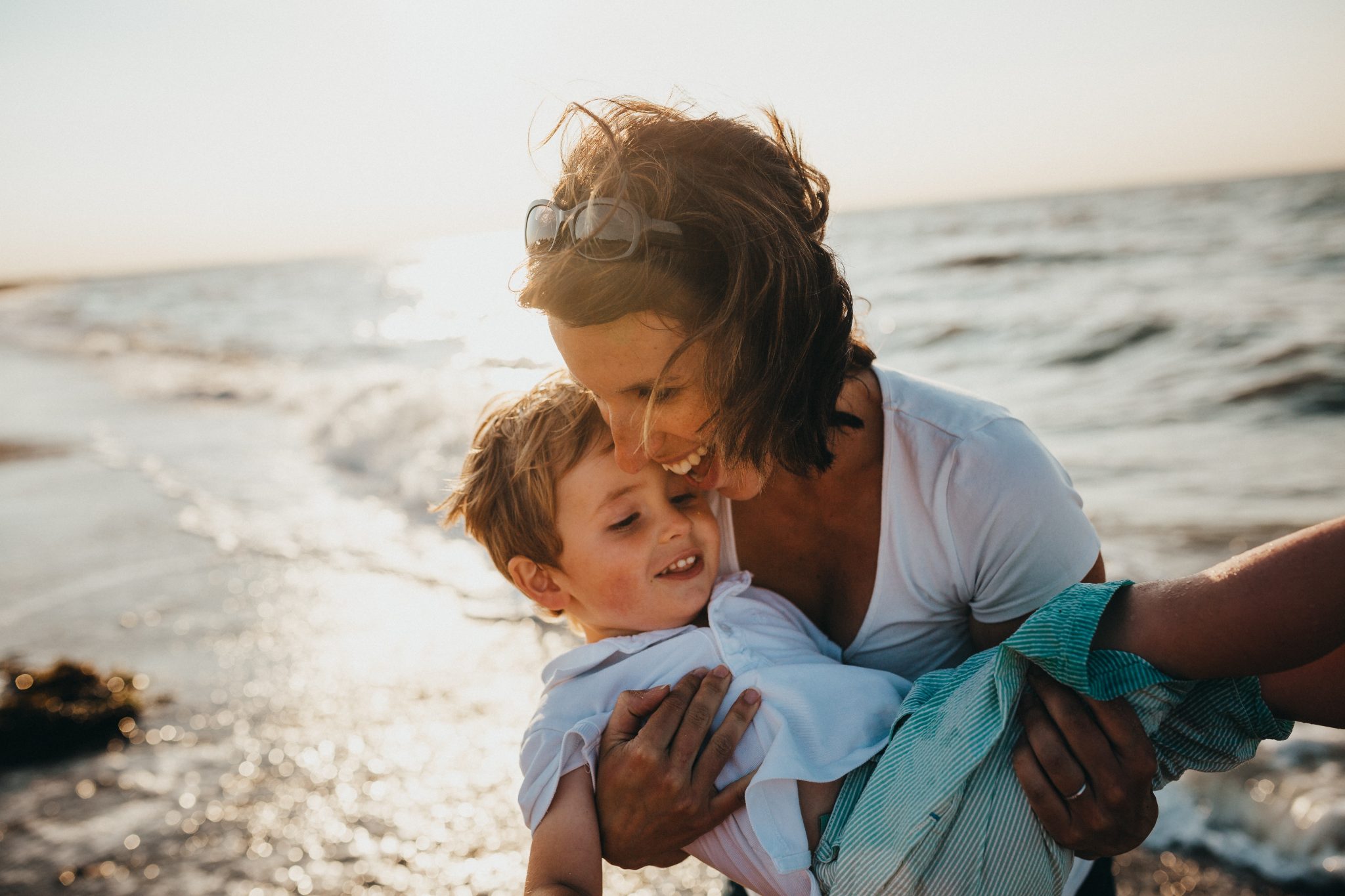 08 May The Harshest Judge Of All – Ourselves

“Motherhood can feel totally enormous. Like we are the nets under the tightrope of these mini-souls, and the death-defying feat called every day is something for which we are totally responsible. It seems like adding judgment to that scenario can only make it scarier” ~ Francesca Kaplan Grossman, Huffington Post

Raising children is presented at first as a true-false test, then  becomes multiple choice, until finally, far along, you realize that it  is an endless essay, and the only one marking your answers is you! No one knows anything. That’s what the books never tell you. We are bound and determined to learn from the experts, forgetting that sometimes the experts are staring you back in the mirror.

With thanks to Glennon Doyle Melton, she answers the burning question so many folks ask, “I’m drowning in the mommy wars. How do I escape from all the mom-petition?”… And the answer is always this: “If you need it to disappear, stop believing in it. Competition is just like shame. It only exists for people who believe it does.”

Humour yourself below with this light read by Glennon…

Quit pointing your avocado at me

I used to believe in mom-petiton so strongly that it left me more than a bit paranoid. I remember sitting in the food court of the mall one afternoon when my three kids were very young. I was cutting cardboard pizza and life-threatening “chicken” into itty bitty pieces, wiping up a million sugary spills, sweating, sweating, sweating, trying to figure out if I could be arrested for leaving my kids’ side for one hot second to refill my coke, praying no one would have to pee because: THREE KIDS WHO LICK EVERYTHING IN A PUBLIC RESTROOM and just, well, UGH.

Out of the blue this women sat down at the table next to me with her quiet child. The child wore a matching top and pants. With a matching bow in her braid. In her BRAID. Someone had BRAIDED this child. While I stared and looked back at my ragamuffin children who sort of looked like nobody loved them – the woman pulled out a high chair cover. To protect her child from GERMS, I think. And then. And THEN. She pulled an avocado out of her bag. An avocado AND A SPOON. This woman had packed a spoon. And she used that spoon to start feeding her well-groomed child food that came from a TREE. Or the ground? I don’t know – where do avocados come from? I don’t know but I’m pretty sure it’s not from the food court.

And this SHOW made my face start burning. I felt as if this woman had materialized for the sole reason of making me look bad. I am telling you that I decided right then and there that this mother was feeding her child avocados AT ME. And that also she had matched her child’s clothes that morning AT ME. And also that she had likely disciplined her child effectively for years AT ME. And that as icing on her (likely homemade and gluten-free) cake she was enjoying a lovely, peaceful, well-planned, healthy lunch AT ME. I felt judged. I felt like her approach to parenting was maybe developed solely to shine a big old spotlight on my “not good enough” parenting. She was parenting AT ME, I tell you!

For years I lived in a world in which people lived AT ME. For example: Craig worked out AT ME while I tried to enjoy the couch. So aggressive. People discussed natural childbirth AT ME because they could sense my previous sixty epidurals. People attempted ATTACHMENT PARENTING AT ME. ( I still don’t know what that really is but it certainly doesn’t sound like something behind which I’d rally.) People threw Pinterest parties AT ME. People trained for triathalons AT ME. People refused to eat carbs after 8 pm AT ME.

I was constantly under attack with all of these judgy people living AT ME. I was living in a hostile world.

But after spending the last five years reading thousands of letters from mamas and the last year on the road hearing stories from every different “type” of mama – I live in a different world. I believe differently now. I know that nobody’s parenting at me and nobody’s living at me. Feeling judged by other people’s decisions is an insanely ego-centric way to live. Like my dad always says, “Glennon, nobody is thinking about you as much as you think they are.” Everybody’s just doing the best she can, mostly.

Other mamas are just weaving together families using what the unique gifts and challenges and interests they have. Just like I am. They are much too joyful and scared and fulfilled and empty and tired and inspired and busy living their brutiful lives to concern themselves too much with what I’m doing. I mean, after five years – I’m ready to consider the possibility that avocado lady might not have even known I was going to be in the food court that day. It’s not likely – but it’s a possibility.

What we seek we will find and if we’re looking for a world full of judgmental mamas – we’ll find it. Parenting is the most important thing to many of us and so it’s the place we’re most vulnerable. But even when we’re scared – we can still choose. We can choose to see each other as competition or as fellow warriors – fighting the same fight on the same team. One goal – many paths. We can learn from each other. We can even ENJOY each other.

I live in a world where women do that now. It’s cozier. Better. More peaceful. And much more interesting. And if you have a friend who makes you feel competitive or less than – just remember that it’s likely not because she’s bad or you’re bad – it might just be that she still believes, so she’s living in a different world than you are. But you don’t have to enter every world into which you’re invited.

Stand your ground. Stay in your world. Stop believing.